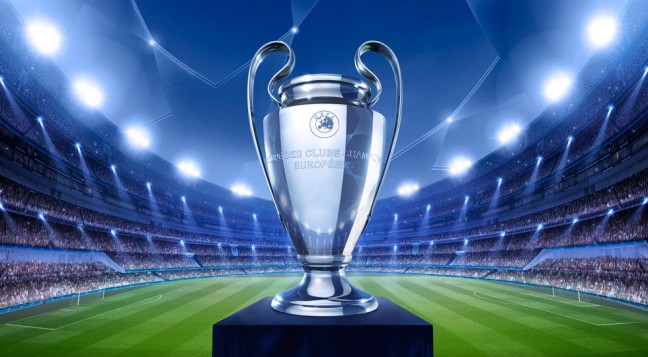 The Champions League groups have been drawn, with some tasty looking match ups – think Liverpool v Real Madrid and Barcelona v Paris Saint Germain. But every year we see a team make an unexpected run deep into the competition. Atletico Madrid did it last season, as did Schalke a couple of years before them. Looking further back Monaco, Porto and Lyon have all made at least the semis. With the quality of the competition increasing year on year it’s getting harder for so called smaller clubs to spring a surprise, but here I look at 4 teams that have the potential to do so – if luck is on their side and they hit a good run of form.

Athletic qualified for this years tournament by impressively defeating Champions League expert Rafa Benitez’s Napoli, 4-2 on aggregate. Much of the team that played in that game featured in their victory over Manchester United in the Europa League a few seasons ago, when they played Sir Alex Ferguson’s side off the park. Since then, there has been a change of manager, with Ernesto Valverde replacing Chilean Marcelo Bielsa at the beginning of last season. Valverde impressed massively in his first season in charge, leading Athletic to fourth place in La Liga despite arguably his best player, Fernando Llorente, leaving for Juventus on a free. Luckily for the Basque club, rumours that Barcelona wanted him as their new manager never came to fruition.

The team is based around impressive midfielders Benat and Iturraspe (more on him later), who like many Spaniards are comfortable on the ball with an eye for a pass. French centre back Aymeric Laporte enjoyed a breakout season last year and forms a partnership at the back with former Liverpool player Mikel San Jose, who has just been called up to the Spanish squad. Muniain provides width on the left and has regularly been linked with a move to a bigger club, having impressed for several seasons now. What makes Athletic’s achievement in qualifying for the Champions League all the more impressive is the fact they have done so on a shoestring budget, with players of only Basque origin.

Group H will hold little fear for the club, with FC Porto not the force they once were, and BATE Borisov minnows of the European game. Ukrainians Shakhtar Donetsk will be more of a challenge, but even they have been hit by an exodus of players due to the ongoing crisis in Ukraine. After Los Leones early displays this season, they will be a team to be avoided if they make it through their group. No club will relish visiting their impressive San Mames stadium, where the fans are almost on top of the pitch.

Athletic’s number 8 was recently the subject of interest from Pep Guardiola’s Bayern Munich – that’s how highly he’s rated. Iturraspe has just been called up to the Spain squad and looks to have a big future in Vicente del Bosque’s new look team. With a buy out clause of €40 million and a long contract Valverde will look to build his young team around his star midfielder.

Roma are one of the few Italian teams able to spend money at the moment, and this is due to their wealthy American owner James Pallotta. They’ve invested well this summer in preparation for the Champions League, bringing in players with European experience such as Ashley Cole and Seydou Keita. Along with Daniele de Rossi and Francesco Totti, this gives the team much needed big match experience.

The club also has some promising youngsters coming through, with Mattia Destro and big summer signing Juan Manuel Iturbe showing a lot of promise.

Roma’s haul of 85 points in Serie A last season would have seen them win the league in 9 out of the last 10 seasons, and it was only Juve’s phenomenal season that prevented them from doing so. Since coming into the club Rudi Garcia has revolutionalised the way the team plays, and has even managed to make Gervinho perform – something Arsenal fans will be astounded at.

They’ve been given a tough draw – facing Bayern Munich and Manchester City – probably two of the best teams in the world. After several seasons out of Europe’s elite competition the club will relish testing themselves against the big guns, where they rightly feel they belong now. Watch out for the reception given to Mehdi Benatia on his return to the Olimpico with Bayern – it could be fiery.

Recently the subject of interest from Chelsea Destro enjoyed a breakout year for Roma last year, scoring 13 goals to finish as the team’s top scorer. That’s an impressive feat for a man that is essentially a supersub, but he’s not likely to replace Totti as the club’s first choice striker any time soon. He’s been called up to the Italy squad and at just 23 still has time to develop his already formidable finishing skills.

Leverkusen enter this campaign under new manager Roger Schmidt, looking altogether more solid than they did under Sami Hyypia. Since reaching the Champions League final in 2002 they’ve not really made a mark on the tournament, but that could change this year. A young team has been handed a competitive group, with Benfica, Zenit and Monaco their opponents. However, all these teams are beatable. Monaco’s quality has been greatly diminished with the departures of James Rodriguez and Radamel Falcao, as has Benfica’s  with Lazar Markovic, Rodrigo and Jan Oblak leaving in the summer.

Schmidt masterminded a 2-0 win over Borussia Dortmund on the opening day of the Bundesliga season – no mean feat, and they have several players capable of making their mark in Europe. Steffen Kiessling has been desperately unlucky not to have got more Germany caps, and Swiss forward Josip Drmic looks like a great signing from Nurnberg. Winger Son Heung-Min is a direct runner that has attracted interest from Manchester United in the past, with Emir Spahic and Omer Toprak forming a dependable partnership at the back.

If Leverkusen can avoid injuries they can realistically aim for the quarter finals, and from there anything can happen.

The man bought from Hamburg for €14.5 this summer looks to have a big future in the game. Scorer of several spectacular goals last season, Calhanoglu likes to play off the front men and has a wicked shot on him. Expect the young Turkish international to be at a big club in 2 or 3 seasons time.

Basle are perennial over achievers in the Champions League, and have made a habit of upsetting English teams in the competition. They became just the second team to inflict a home defeat on Jose Mourinho’s Chelsea last season, beating them 2-1 at Stamford Bridge in the group stages, and went on to beat them 1-0 in the return leg. They’ve also troubled Manchester United and Liverpool in recent years so have pedigree in the competition.

Manager Paulo Sousa will be familiar to fans of the Championship, having managed QPR, Swansea and Leicester to varying degrees of success. In his playing days he was a fearsome defensive midfielder, and won back to back Champions League titles with Juventus and Borussia Dortmund.

Basle’s squad is solid if not spectacular, but the club pulled of a massive coup pre-season with the signing of Argentine international Walter Samuel, who will partner Fabian Schar in central defence. Veteran striker Marco Streller still leads the Basle attack, having made his debut for the club 14 years ago now. The midfield is made up of journeymen and promising youngsters, with late bloomer and Ivory Coast international Serey Die playing the enforcer role in front of the defence.

Schar was signed from FC Wil 2012 for just £440,000, and has a phenomenal goal scoring record for a centre back. He played a key role in Basle’s run to the Europa League semi-finals in 2012-2013 and it’s surprising he’s not been picked up by a bigger club. He made his debut for Switzerland last year, and has gone on to score 3 goals in 8 games for his country.

Explaining what it is to be English

No stereotypes, no cliches, no fuss. Just analysis with a Spanish flavour

In Zimbabwe with Restless Development!

Rants, rumblings, and ravings about all things sports